Bystrice pod Hostynem - This June, TON will be celebrating a significant anniversary

150 years of traditional production of bentwood furniture in Bystrice pod Hostynem. Together with the Municipality of Bystrice pod Hostynem, TON is organizing an exhibition on this occasion, entitled 'The heritage of Michael Thonet', which provides an overview not only of his production, but also experience and skills that he used of in the production procedures. The factory for production bentwood furniture in BystÅ™ice pod Hostýnem was founded in 1861 by a cabinet maker, an inventor and a furniture designer Michael Thonet (1796 – 1871) who originally came from Boppard in Rhineland and then he settled in Moravia. At that time the factory in BystÅ™ice pod Hostýnem was the biggest of its kind and it became a development centre of the entire company Gebrüder Thonet and it was exporting products into the entire world.

The original company THONET was followed by the joint-stock company THONET – MUNDUS after WWI and from 1946 – by amalgamation of many significant furniture-making factories – THONET and since 1953 TON (factory producing bent furniture) with its headquarter in BystÅ™ice pod Hostýnem.

The factory went through centuries successfully without stopping production and today the company TON is an important European centre of top quality production of bentwood furniture. Demonstration of strength (around 1920)

Wood bending is a technology of producing furniture from beech wood which comprises steaming a wooden balk using saturated steam so that it can be bent better. Manual bending of the backrest part not only in the best-known chairs in the world – number 14 and 18 – is carried out using a mould, the shape of which is copied with a special flange preventing cracking of wood that is being bent. Also the seating part is bent by steaming which is more automated nowadays. 150-year-tradition has inspired till today

Michael Thonet’s bentwood has become an inspiration for a number of other designers who were using usually metal tubes, which were easier to bend. In the history, these designers included among others Le Corbusier, Marcel Breuer, Mart Stamm, Miese van der Rohe and also Czechs Ladislav Å½ák or JindÅ™ich Halabala.

At present, we can mention the designer Tom Kelley who is the first foreign designer in the modern history of TON who came up with new modern trends in bentwood furniture, for which he was awarded many prizes. Also Mojmír Ranný or the designer studio Olgoj Chorchoj.

The heritage of Michael Thonet

The exhibition entitled “The heritage of Michael Thonet ” was prepared by a thonetologist. It will bring an overview of furniture production connected with the family of the German manufacturer Michael Thonet. It will be presenting furniture produced in the workshop of Michael Thonet himself as early as in Boppard in Rhineland; it will be following the beginnings of his company in Vienna till industrial production in Moravia – in Korycany, Bystrice pod Hostynem and Vsetin.

A visitor will be able to see products designed for the Austrian furniture-maker Carl Leistler who was working on adaptation of the princely seat Palais Liechtenstein in Vienna, furniture for palaces in Vienna that belonged to the Palffy and Schwarzenberg families and last but not least products made for the World's Fair in 1851 in London. The exhibition will be opened for visitors daily from 9 a.m. till 12 a.m. and from 1 p.m. till 5 p.m. from 5 June till 24 July 2011 in the castle of Bystrice pod Hostynem. 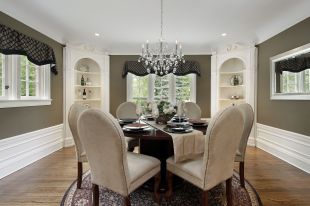 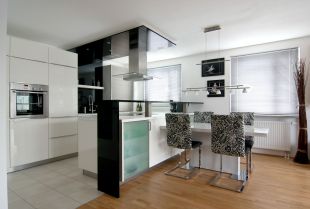 How to Take Care of Your High Gloss Furniture? 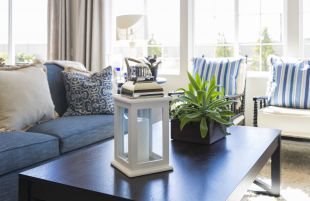 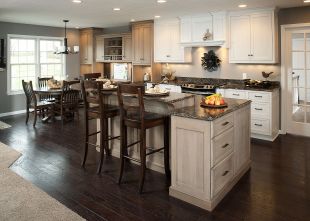 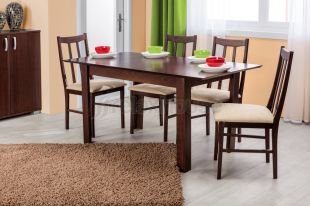 How To Choose The Perfect Dining Set? How To Choose The Kitchen Stool Of Right Height For Your Needs? 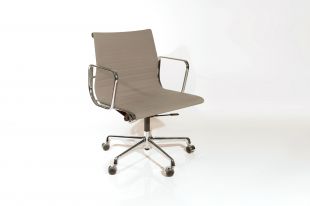 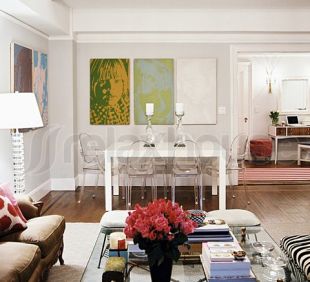 The Starck Louis Ghost Chair: Working this Royalty Inspired Design Into Your Space
×